Protected wilderness areas in Chile: A green lung for the world safeguarded by its inhabitants

Incredible protected areas make up nearly a fifth of Chile’s territory. These impressive forests are capable of storing much more carbon dioxide than the Amazon. They are home to a wide range of endemic fauna and proud communities that protect this tremendous natural heritage.

Nature in Chile plays a vital role in the future of the country and the world. The communities that are dependent on these areas are primarily responsible for their conservation and protection. Here, in the southernmost south, there are 18.6 million hectares throughout the country that safeguard Chile’s natural heritage and culture. The Sistema Nacional de Áreas Silvestres Protegidas del Estado (SNASPE, National System of State-protected Wilderness Areas) divides these areas, which cover 21% of Chilean territory, into 106 units, which are administered by CONAF and include 42 national parks, 46 national reserves and 18 natural monuments.

These areas are home to unique inhabitants with 119 protected species of endemic wildlife (only counting land vertebrates), like the Juan Fernández firecrown and long-tailed chinchilla. There are also 1,016 species of endemic flora, including the coral vine, D. confertifolia on Juan Fernández and the Chilean wine palm. When it comes to historical specimens, one of our parks features one of the oldest trees in the country and the world: At approximately 3,500 years old, the Millenary Patagonian Cypress is a living witness to the planet’s history.

A lung for the world 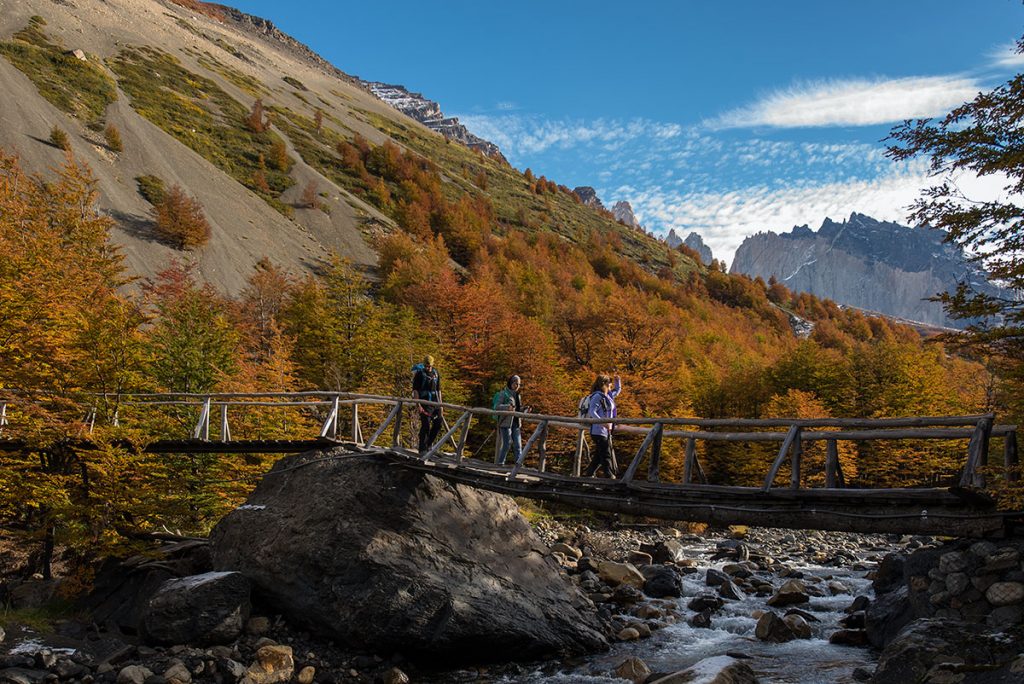 Patagonia is one of the world’s most important green lungs. A study by the Tompkins Conservation Chile Foundation, based on data provided by the National Geographic Society, found that carbon storage per hectare on the Route of Parks, located in Chilean Patagonia, is three times that of the Amazon. This demonstrates the crucial role of the humid, cold temperate ecosystems in Chilean Patagonia.

Communities that protect our natural heritage

The people who live in the areas surrounding our protected areas act as ambassadors to visitors. They play a leading role in protecting and preserving these important areas, which are crucial to the future of the planet. Those who live around the Route of Parks in southern Chile are a good example. Seeking to raise awareness of their importance, Tompkins Conservation Chile produced the “Route of Parks Ambassadors” series. The short videos are about the pride that these inhabitants feel as ambassadors for the parks and how these communities have benefited from the tourism-based economic development stemming from conservation.

Here are four of these globally relevant stories of local pride:

Chile is Back: Vaccinated travelers with negative PCR results will not have to undergo quarantine upon arriving in Chile